Last night before I went to bed I covered the window over my bed with dark towels, then stripped down the bed to see the mattress pad, it was way too cold and noisy. It was a bed bug allergy thing so I took it off and was happy to see and smell a clean mattress. I slept much better.

Early morning alarm and the sun was out! I hurried to get ready so that I could take some photos on my 30 min walk to the dock. It’s nice to be able to make some coffee and have some eggs, my usual breakfast. Debated on what to wear, prob no rain but windy on the boat. Layers and hiking boots since I planned to hike after the boat. Met Janet and the couple from Indiana and then our Captain. It was to be a 90 min bout tour. It’s was a lovely morning. We saw several birds, sea otters, deer, both species of Puffins, sea lions and sea planes taking off. It was a perfect morning. I took some great shots but will add some other photos from Janet.

The Captain John works at Short Haul Nautico Sea Kodiak. They can be reached at 9074863360 or jamessandin@yahoo.com 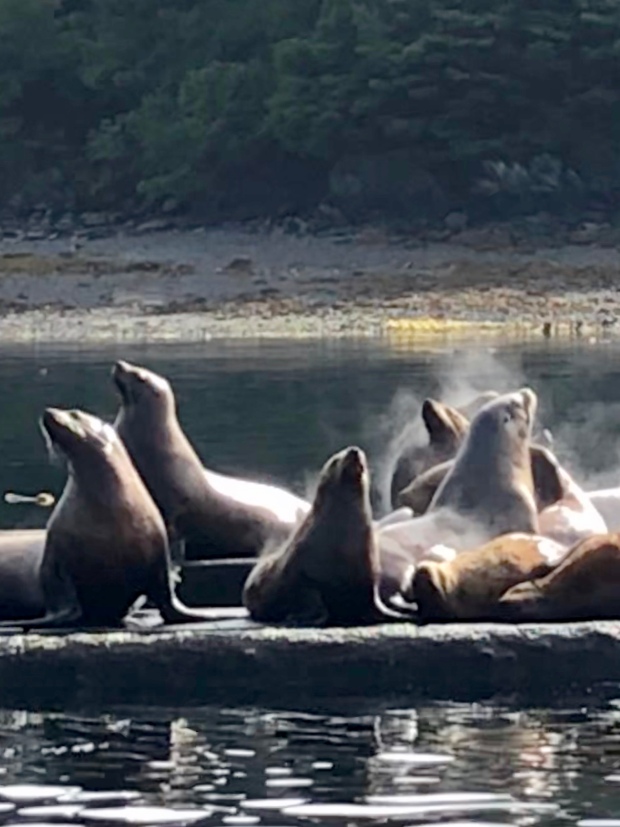 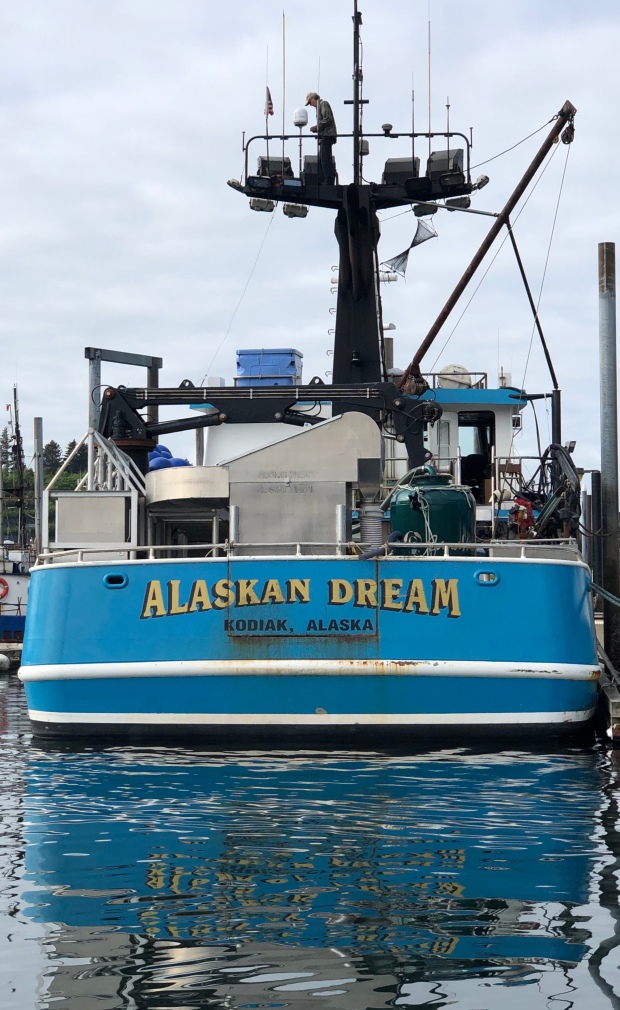 This is Janet Rose from our adventure yesterday. She was an awesome guide!

Janet’s tour is Kodiak Wildlife Tours. She takes you to see wildlife in Kodiak. She definitely goes the extra mile. Just tell her what you want to see and she will do her best to make it happen. Her number is 907-512-9453 and her website is kodiakwildlifetours.com

And she is an amazing photographer.

After saying goodbye to my new friends I walked towards town. I walked to the dock, checking out the boats and looking for more sea otters. Seeing none I decided to go back to the Aquamarine Cafe for some coffee. Lots of fishermen. It was too early to start my hike so I decided to have some lunch. It’s is a very strange menu but a lot of Greek food. I had some gyro dish on top of some fries. Forgot a picture for my foodie friends but it was called Mount Olympus. Couldn’t hardly make a dent. So time for my hike. I had to find the bridge to cross the channel to Near Island. There was a park called Rotary Park which ended up to be Rotary Gazebo at the top of the hill. No one was around. I saw the foot print of a human and of a large dog. Beautiful forest

And finally The Gazebo. Not sure that the Coronado Rotarians could hike in the dense woods a half mile up hill, through a running stream, but it was beautiful.

Back down the hill which also was a little bit of a river bed. Then on the the North End Trails. I wanted to get to the water between two land masses before the tide came in. A beautiful hike.

Here the area between the land.

Then back up. Apparently I took the long way down. Back over the bridge

You can jump over on one side but not the other, as in suicide barrier . Then back to the cabin, so ready to get the long underwear off. It was warm!

After a nap I walked back to Hana sushi restaurant. I was hoping to have the “white tuna” that I had a couple night ago but they are out of it. I looked it up, it’s escolar which is also called the Ex-Lax fish. Something with the fish not being able to digest the esters or something. Sorry but it was really good! Tonight I am having some seared tuna and Miso braised cod.

Everyone is very friendly here. Most of the people driving by wave hello. They work really hard during the warmer seasons because there isn’t much going on in winter. There is always fishing and crabbing but no tourists. It seems sad that the big cruise ships come in here. They don’t have enough restaurants and shops, so they go on tours. They are all very expensive. There is a flight to see bears on Katmai, the mainland but it’s to see costal brown bears not Kodiak bears.

Today was such a beautiful day. The mountains were the most perfect color green and the blue sky so clear. I can’t stop taking pictures.

Time to sleep but it’s so light out. This is 10 pm and I could read a book outside better than inside